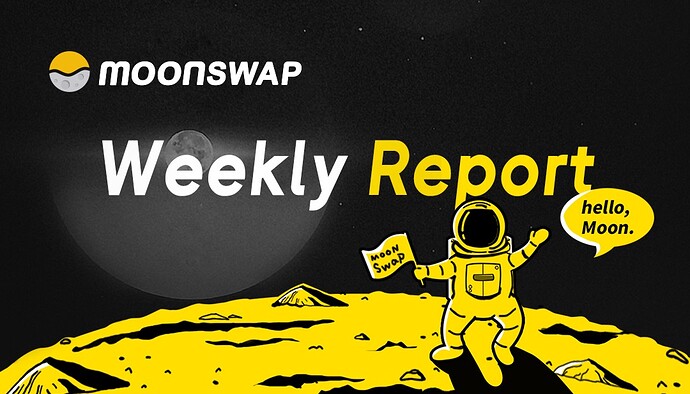 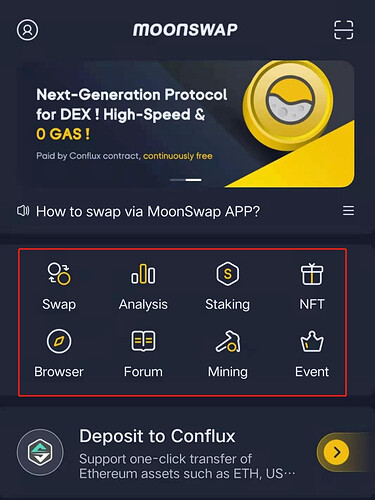 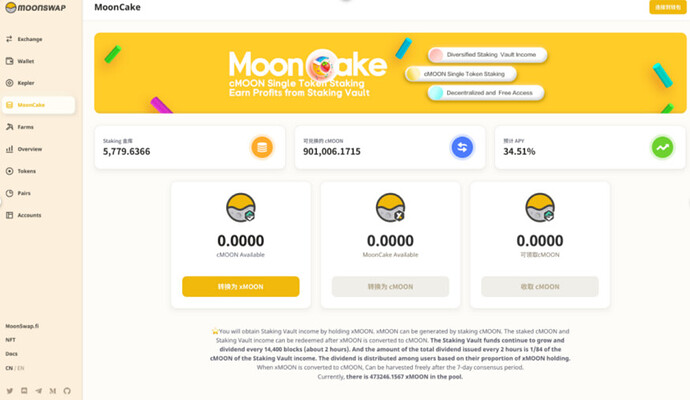 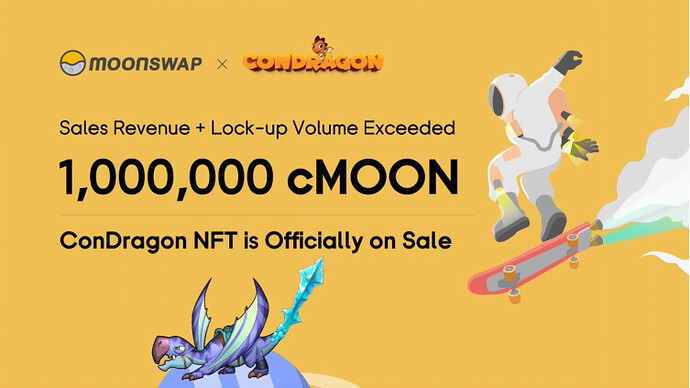 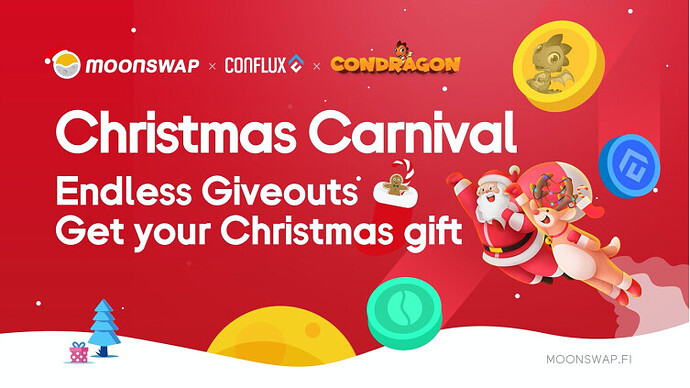 From Dec.24th to 27th, Christmas Carnival was held to give out Christmas gifts to users. A reward pool of 660 cMOON, 500 CFX, and ConDragon limited NFT were shared during the campaign. Rewards will be distributed within 2 days after the event.

Christmas Carnival is on the Way, Co-hosted by Conflux, MoonSwap, and ConDragon Event

The proposal attracted atotal of more than 1 million cMOON in votes, presenting a 10% of cMOON’s circulation. 56.26% of them are Yes votes and 43.74% voted No. Hence, MoonSwap’s very first proposal was officially passed by the community and now 0.05% of the MoonSwap transaction fees will be injected into Staking Vault, whereas the number used to be 0.04%. 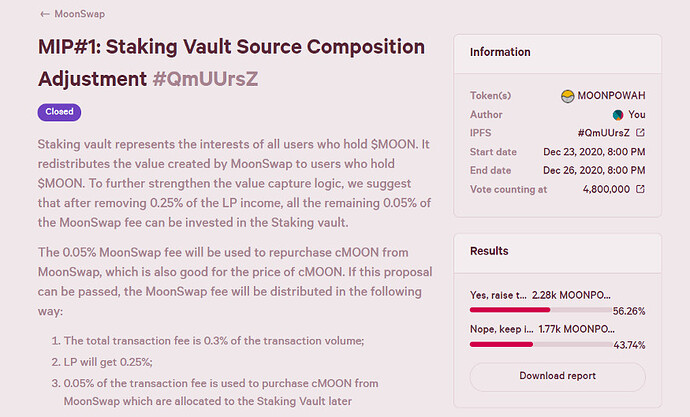 [微信图片_20200919203114] MoonSwap’s community governance has been officially launched. Now we have also released our first community proposal: https://forum.moonswap.fi/t/moonswap-governance-proposal-staking-vault-source-composition-adjustment/478 We hope that MoonSwap will continue to run well under community governance and eventually move towards community autonomy. We will gradually achieve this goal. And the community committee will play a very important role in this process. In order to st…

MoonSwap welcomed its end on Christmas day. To thank our community for their contributions, the rewards were increased to 9 ConDragon NFT from 3 after our discussion.

On Dec.25th, MoonSwap announced that a ConDragon NFTs giveaway as a Christmas gift for the community members lasting from Dec. 26th to 28th. By joining the MoonSwap Discord Group , you will have the chance to obtain 60 ConDragon NFTs. Don’t miss out!

Kepler on the way

Any news about Kepler?

Kepler will be after MoonSwap V2

Moonswap to the moon