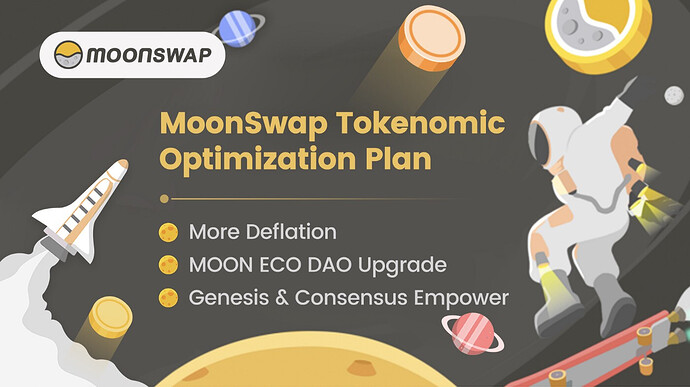 image1400×787 158 KB
MoonSwap has been live for more than a year and a half, and more than 200,000 users have completed more than 3 million transactions on MoonSwap, saving more than $50 million in gas fees. MoonSwap comes from the community and has been committed to promoting the process of community governance. With the full cooperation of the MoonSwap community, the work we have completed includes:

In the next two and a half years, 60 million MOONs will be destroyed one after another.

At this point, MoonSwap will also fulfill its original promise to the community, as a decentralized trading protocol, fully turn to community governance, and MoonSwap will also continue to play a role in the MoonSwap ecosystem as a community governance certificate. We will also fully optimize Moon tokenomic, including more deflation, the upgrade of Moon ECO DAO, and the re-empowerment of Genesis NFT and Consensus NFT, which we believe will enable Moon to better serve MoonSwap Community Governance .

We will complete the deflation of MOON in the following ways. 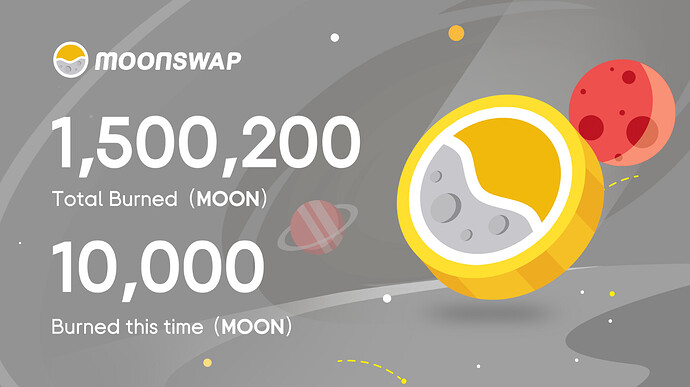 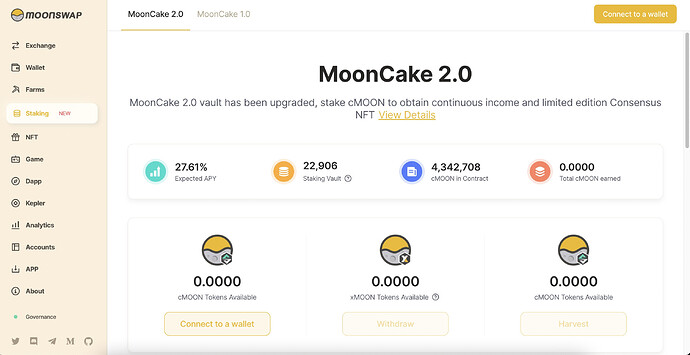 9.All existing unallocated mining pools will be destroyed

We will upgrade the Moon ECO DAO, among the Moons that the MoonSwap team has obtained:

The MoonSwap team will give up some of the tokens allocated in the original tokenomic and work with the community to contribute to deflation.

Genesis NFT and Consensus NFT will be re-enabled, including: 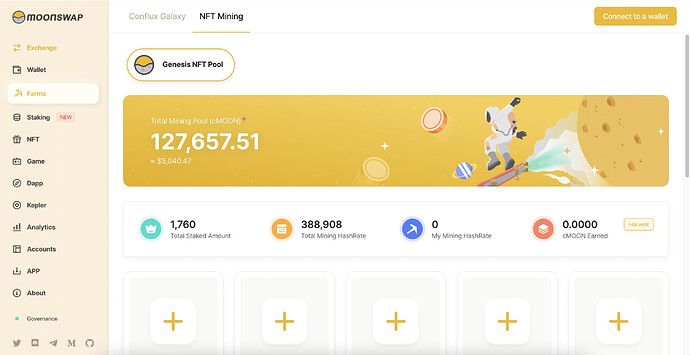 March 22: MoonCake 2.0 will be discontinued, the consensus cycle will be cancelled, and the MOON that originally entered MoonCake will directly enter the Burn Hot Wallet.

March 25: The NFT mining planet will be suspended, and the XGenesis exchange plan will be announced;

March 30: The XGenesis exchange page will be launched, and the voting rights of XGenesis will take effect in the MoonSwap Community Governance System;

April 1: When the block reaches 14,500,000, the circulation is not increasing. The latest output of Moon goes directly to the death address, and the Conflux galaxy stops mining.

When the total number of votes participating in the voting exceeds 3000MOONPOWAH, and the final “YES” vote exceeds “NO”, the proposal will be passed.