Thank you very much for the community’s support for ConHero. As of UTC 10:20 AM on April 14th, the 4248 HeroNFTs for the first pre-sale have been sold out in 6 days, and more than 60,000 cMOON have entered the NFT mining pool.

ConHero plans to officially launch the Hero Treasure Box at UTC 11:00 AM on April 16. Players can open the treasure box by collecting 8 kinds of HeroNFT, depending on the probability, the highest bonus is 148CFX. We will continue to carry out diverse activities to give back to the community.

At the same time, before opening the treasure box, in order to allow most new players in the community to collect a set of HeroNFT, we decided to open the Hero blind box for a limited time from UTC 10:00AM to 11:00AM on April 16. The quantity and price are as follows:

2.Collect all 8 types of HeroNFT to get treasure boxes, and you can randomly get CFX rewards after opening them.

3.There is no limit to the number of times the player can open the treasure box, but each ConHeroNFT can only be used once.

4.If you want to buy an NFT in the trading market, you can check whether the NFT has been used at the “NFT Status Inquiry”. "To be released " 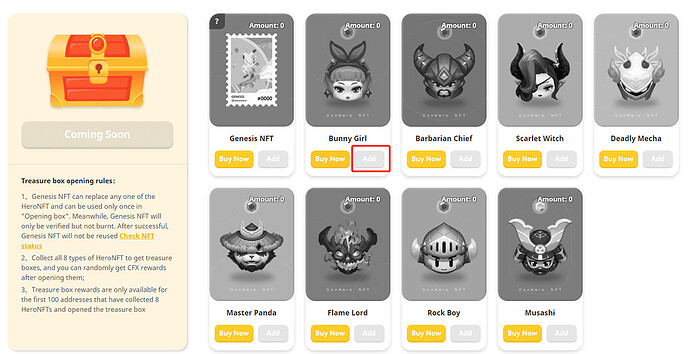 Click “buy” and you can also buy it through moonswap’s nft2.0 trading market if someone sells it 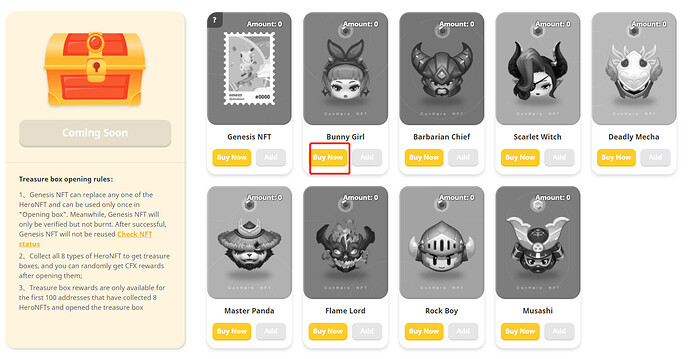 When you collect eight HeroNFT or use Genesis NFT to replace one of them, you can open the box. After opening the chest, you will get a random number of CFX, up to 148CFX (it’s about 170 usdt up to now) 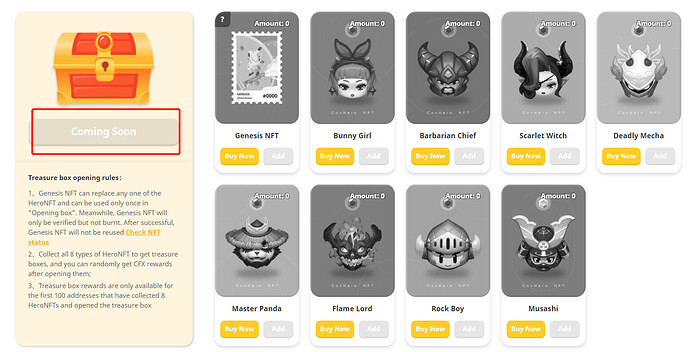